How Automation Saves Money for Your Business 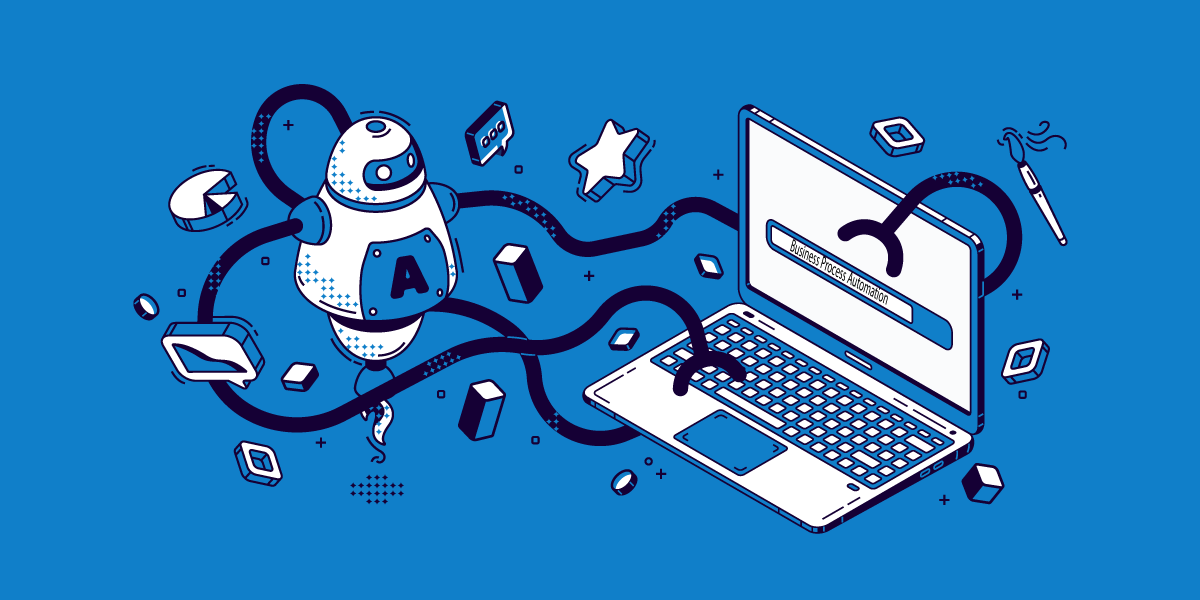 There can be a general fear towards the adoption of automation in the workplace. Whether that be a fear related to the cost of implementation, or a fear from employees relating to the potential for automation to oust them from their roles. The reality, is that both of these fears couldn’t be further from the reality.

The growth of automation has also brought with it a growth of accompanying software and tools which has in turn reduced the overall cost of implementing effective automation strategies into a business. The amount of time businesses actually spend on repetitive manual tasks can be surprising, and the implementation of automation to replace these can result in significant cost savings for the business.

Employee fear is also unwarranted. Automation can normally lead to a significant increase in employee satisfaction ratings. This is due to the fact that employees are able to focus on the more interesting and challenging aspects of their roles, as opposed to those monotonous tasks.

How Does Automation Solutions Save Your Business Money?

There is no clear-cut formula for all businesses implementing automation, as each case is unique. Furthermore, some businesses will generally achieve greater results from the implementation of automation depending on how the business is run. Those which have a higher number of manual admin tasks will often reap the greatest rewards. Studies by Forbes have actually suggested the potential to save millions annually. It is also important to note that the implementation of automation is often only an initial cost, yet produces compounded savings year after year.

The key is that automation can significantly streamline the processes in a business. Studies have found that employees who use automation are able to complete projects in a notably shorter time when compared with a manual process equivalent. With a reduction on tedious tasks on their hands, employees are found to become more efficient in other areas of their job. This maximizes productivity and output, which leads to an overall improvement in revenue-generation.

Automating tasks creates a notable improvement in efficiency due to the logical rules applied from automation. This means that it completely eliminates the impact of human interaction. Therefore you will find a reduction in errors, and general human inefficiencies that occur. Unlike a human, a robotic process cannot be distracted by colleagues, stress, work emails etc. An example of this was seen last year when a lapse in human concentration led to a Citibank employee to accidentally send almost a billion to Revlon Inc’s lenders.

Automation can also lead to a reduction in operational costs. The focus in most businesses is often on revenue generation, but in reality, putting some time into efficiency improvements can have a noticeable improvement over profit margins for the business. Often automation can deliver a more notable operational improvement than bringing in more individuals to the team, as well as delivering those improvements without significant costs associated with hiring employees.

Types of Process Automation in the Workplace

There is no singular “one-size-fits all’ approach to automated solutions. Every company will have varying requirements, which will in turn require different approaches to automation in order to create the optimal solution. Here are some types of automation:

There are often simple tasks which are easily understood and easily automated within a company. This level of automation is all about the creation of lots of small solutions which make an overall big impact upon time savings. The tasks which come under ‘basic automation’ are those which may only take 2 minutes overall, however, they’re performed every single working day and require someone to remember to complete the task every single day. A basic automated solution here could likely complete the task in less time, and schedule the task at the same time every day. Therefore, no more human error of forgetting to complete the task. In addition, 2 minutes may not seem like much, but that is still almost nine hours saved per year. Now, let’s say your organization had 10 of these small niggly tasks to do per day that take a total of 20-30 minutes out of someone’s day. Thirty minutes compounded over a year is 130.5 hours. Let’s then say the individual completing that task is paid fifty thousand a year and works a regular 7 hour a day job. That small saving in time, which is incredibly easy to implement would save the company 3,571 per year, every year.

It is also worth mentioning the overall benefits on team morale when these tedious tasks no longer have to be completed. They will be able to spend that 30 minutes on tasks which require more human interaction, which they are more likely to enjoy.

This is the most complex form of automation. This would implement a type of artificial intelligence by utilizing machine learning to imitate human functions. This means that the automation will utilize human-like thought and reason. Cognitive automation will learn and make decisions based on past events it has analyzed, and from experiences it obtains over time.

This type of automation is currently being used heavily in customer support. ‘Smart Chat Bots’ are regularly being used as a way of having a somewhat human like conversation without the need for an actual human being paid to provide the support unless necessary. These Smart Chat Bots are getting more intelligent over time.

How to Invest in Business Process Automation

There are steps you can take to increase the success obtained from implementing business process automation, and maximize the real advantages experienced from it.

Understanding the goals you wish to obtain from automation is the key step. Approaching it with the mindset of “I just want to automate processes” is not the right approach. You need to recognize areas which may be potential candidates for automation. Furthermore, discuss automation with your team, and understand whether they are on board with the process. A team which is against adopting automation as a tool within the business are going to make things difficult when deploying changes.

Strategy is the core factor when preparing to invest in business process automation. It is crucial that you lay out the initial steps and strategy as well as plan out the desired results. It can be easy to have the mentality of wishing to automate everything, but the best approach is to take it one step at a time…

As stated above, you should take it one step at a time. Once you have defined your ideal goals and strategy for the company, you should begin with a few small basic automation tasks. This could be something as simple as downloading a report and distributing it to the team on a daily basis. A simple one minute task. This will give you a small win, but it will ease the company into the mindset of automation. It is often these small projects which can win over those who are anti-automation.

It is important to be patient when implementing your first few automation projects, and make sure the project is set up correctly, and tested thoroughly. Any mistakes learned from this will lend themselves well to the larger projects down the road.

When it comes to automation, the progress scale isn’t linear. You will find that some projects will create huge noticeable benefits, while others may feel as though they barely benefit the team processes at all. It is important to continuously expand your automation projects further. When one aspect has been completed and successfully tested, move on to the next. Encouraging your team to recognize potential areas for automation is always recommended, as these are the people who are at the forefront of the work, and likely to know the areas which have potential to be automated.