Automation is a Kick-Ass Tool for Accountants 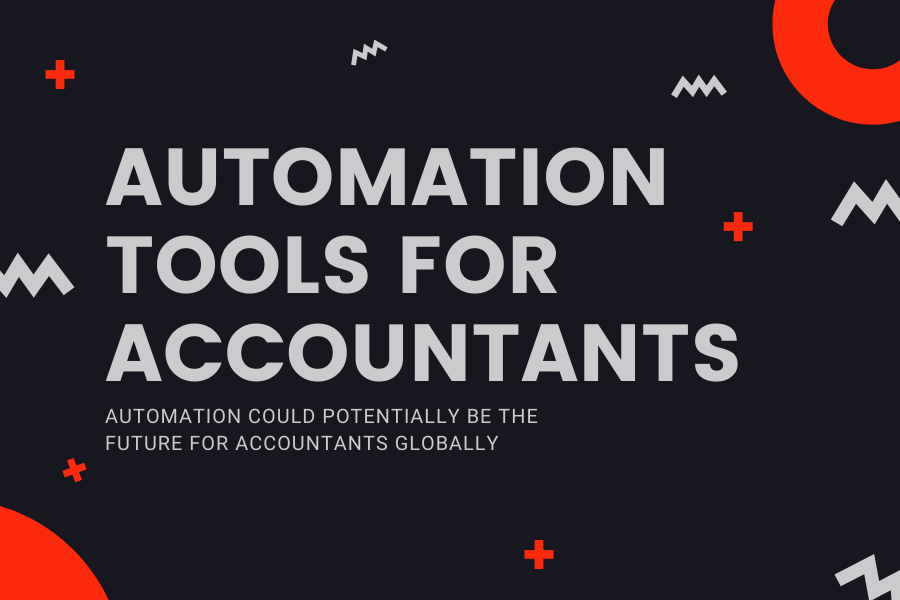 Robotic Process Automation (RPA) has become incredibly useful for accountants in recent years. The technology is allowing them to vastly improve efficiency and work output. The pandemic has only caused the uptake of automation in the accounting space to speed up significantly.

The Big 4 accounting firms are starting to increasingly rely upon automation, which is leading to significant improvements in the output for their clients. Big 4 staff have historically been over-worked during busy season, and automation is leading towards an increase in overall staff happiness, as they are able to eliminate some of the more mundane aspects of their roles.

“RPA is the here and now kind of technology that organizations are utilizing,” said Brian Cassidy, audit and assurance partner (Deloitte)

Despite the obvious benefits that automation can bring to an accounting team, there are also plenty of reservations and fears surrounding automation software. Ultimately, this stems from a misunderstanding of automation as a general tool. Some assume that automation will take over the majority of the accounting process. However, in reality the automation software will simply increase task accuracy and efficiency, while the professionals are still in place to perform the crucial tasks of analysis and data interpretation.

What is Accounting Automation?

Simply put, there is software out there which will allow accountants to automate certain aspects of their role. Predominantly the manual repetitive tasks which have reliable inputs and outputs. Think data gathering, reporting running, reconciliations etc. All of these mundane tasks can be completed by an automated process instead of completed manually. Often automation can not only reduce human error, but it can also complete tasks infinitely faster than a human can. When implemented correctly, automation can become an integral part of an accounting team’s arsenal of tools

Difficulties of Accounting without Automation

Accounting is a highly error sensitive area of business. One accidental typo or error can lead to significant costs and issues for a business or client. Therefore, any accountant values to potential to reduce human error. There are plenty of disadvantages of manual accounting which could potentially be resolved by the implementation of an automated process instead:

Naturally, anything which is completed by a human has at least a small risk of having errors. As the Rag n Bone man song goes: “I’m only human”. Whether it be through stress, distraction, or any other number of reasons. If you have never made a genuine error by mistake, then you’re lying.

Anything which can be implemented in order to reduce the risk of these errors should be appreciated greatly. Some common mistakes which can be mitigated in the accounting world are entering incorrect information, errors in transporting figures, record keeping errors.

The more manual a process is, inherently the higher the risk of human error. And let’s be honest, do you want to be the person who has to trawl through other people’s work in order to make sure it is correct. I’ve worked in audit….trust me….it isn’t fun! Therefore, the more confidence you can have that work is error free, the less checking that is needed. In fact, you can even potentially use automation in order to run checks for you instead.

As the saying goes…time is money! The more time that is spent on a task, the less value that can be derived from it. Whether you are an employee within an accounts department, or running an accounting firm, this mantra still rings true. As an employee, you will relish having extra time to spend on the tasks that really matter within your role. Having a day of mundane repetitive tasks which you do not enjoy, but unfortunately need to do is a feeling which resonates with many employees worldwide. Unfortunately, when a business continues to focus on manual tasks, this will continue to happen. And guess what? The more mundane you find a task, the more likely your concentration will slip, and you will make a human error. Revert to the previous point on error reduction.

You should never look at a task and think of it as wasted time. Ultimately, if you are doing the process, then it should provide value. If it doesn’t then automation isn’t the answer. The answer is just removing that time wasting process. The point to be made here is that some tasks provide more value than others, and some require more human intervention than others. Therefore, if we can somehow transfer our working time onto those value creating, human required tasks, we’re onto a winner!

How Automation can Help Accounting Businesses and Accounts Departments

I’ve been harping on about time saving throughout this post. The reality is that one of the core benefits of automation is the potential saving of time. Firstly, automation works quicker than a human ever can. Therefore, a task which might take 25 minutes for a human, could take 25 seconds for a bot to complete. This means that processes are completed quicker, and the aspects that require human interaction can be started on a more timely basis.

In addition to the reduction in process timing, using the above example, an employee now has saved 25 minutes of their day, which can be spent on other tasks which require more attention. During my time in audit in the first few years of my accounting career, we were expected to work a minimum of 60 hours a week during busy season. I’m aware that many work far more than that year round (I’m looking at you Investment Bankers…) With the ability to implement more automation, there is potential for accountants to reduce the need for longer hours. Instead, focusing their time on providing extra value to the client.

There are many other key performance indicators of automation other than just time savings as well. It can be anything from cost savings, to error reduction, or efficiency of task completion. I have an article about measuring automation KPIs.

Not only is automation good at streamlining tasks to be completed quicker, but it can also quickly provide a whole host of analytics. That can involve gathering data through APIs and then outputting that data into a report which is a mixture of internal and external data.

To give a real-life example: While working at a Hedge Fund, I was tasked with the rather mundane job of checking for updates to Share Denominators. For those not in the know, this is effectively the total number of shares held in a company in order to calculate your ownership in that company. For example 1,000,000 Shares Outstanding in a UK company you hold 1,000 shares of means you own 0.1% of that company. Now, why was this important? Well, there are disclosure thresholds, and if an Investor passes that threshold without disclosing, there can be potentially costly ramifications. These Share Denominators can change, and often do only a monthly basis (share buybacks etc). Previous to me taking on this role, the task was completed manually every two weeks. The risk here is that if a threshold is passed, you usually have around 2-4 days to make the disclosure. So, if a figure changed during that two week period, you’d be in a sticky situation.

Solution? Well, I created a script which would go through all the company websites checking for updates. This would then compare to the prior day’s figure and create a report based on any updates. Not only did this save a lot of time, as the task took around 20 minutes manually (1.5 minutes via the script), but it also greatly improved job satisfaction. Nobody wants to be that guy having to trawl through websites on a regular basis. On top of that, and arguably the biggest benefit is the reduce risk of figures being changed without us knowing.

Will Automation Ever Replace Chartered Accountants or CPAs?

Businesses will always need accountants, and automation will never get to the point where it can completely eliminate the need for human decision making. I do think automation will become more prevalent in the future, but only time will tell as to how clever it will become.

The reality of the situation is that the role of an accountant will be forced to modernise, but not be replaced over time. Accountants who refuse to take on knowledge and accept these new areas of technology may find themselves left behind by other accountants more accepting of it.

As automation becomes more relevant in the world of accounting, accountants will have significantly more time on their hands to work on more vital aspects of their jobs. Aspects which cannot be automated, such as strategy, consulting, advice, and value creation. Arguably, these are the most enjoyable aspects of your role as an accountant. If anything, automation will just make the role of an accountant far more enjoyable. Maybe we will shake the assumption that we’re all boring? Or maybe I’m being optimistic…

Overall, automation can increase the efficiency of Chartered Accountants and CPAs throughout the world, which will allow them to become far more valuable to their clients and companies.